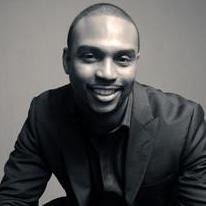 Dwight Tindall is a native of Ruston, LA and currently lives in Arlington, VA. He graduated from Louisiana Tech University with a BS in Banking and Finance, having previously received a certification from American Institute of Banking in Analyzing Financial Statements. He has over 20 years of experience in the banking/financial industry. He was previously employed in Martinsville, NJ as Vice President/Branch Manager at PNC Financial Group Services and recently took a similar position with SunTrust Bank in Washington, DC.  He brings to MC, Inc. a wealth of professional experience in bank management, sales, training, and leadership, along with bookkeeping for small businesses.

Mr. Tindall has a heart of service and has contributed countless community service hours through the Alpha Phi Alpha Fraternity, including being involved in their Young Male Mentoring program. An accomplished singer and songwriter, he has 4 fully produced commercial singles which harken to his traditional gospel roots. In previous years he directed the Louisiana Tech Gospel choir and started a gospel quartet group based out of Alexandria, LA. He joins the board of MC, Inc. as both a subject matter expert and someone passionate about the arts.