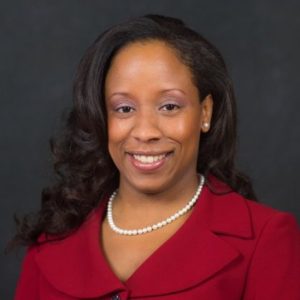 Celena Noel attended Louisiana State University where she received her Bachelor of Science in Information Systems and Decision Sciences (ISDS) in May 2006. She continued on to pursue her post graduate degree at the university. In May 2008 she obtained a Master of Business Administration with a specialization in ISDS. While pursuing her education, Ms. Noel began her career interning at Blue Cross and Blue Shield of Louisiana in the Corporate Project Office division where she was later offered a full time position as a Project Analyst after graduating from undergrad. As a Project Analyst, Ms. Noel managed the development of the Project Management Office governances to improve projects, better cost control, and increase both internal and external customer satisfaction.

After graduating with her MBA, Celena Noel joined IBM in August 2008 as an IT Security Specialist where she provided approaches to updating and developing National Science Foundation (NSF) company-wide IT security policies and procedures. She reviewed draft National Institute of Standards and Technology (NIST) guidance and determined security impacts to NSF and reported findings to management.

Ms. Noel continued on to work at the Transportation Security Administration (TSA) in several capacities including assisting in the PMO office and working in the roles of a Security Officer and Release Configuration and Change Management (RCCM) Process Engineer. Celena Noel currently serves as the TSA Application Support Project Manager where she manages a $9.7 million project. She is responsible for providing operational and maintenance support for over 100 applications, several of which are mission critical systems related to national security.

Ms. Noel is an active member of ISACA and has obtained two industry certifications: a Certification in Information Security Management (CISM) and Certified in Risk and Information Systems Control (CRISC). In November 2015, Ms. Noel received the Women of Color in S.T.E.M. Rising Star Award for her contributions to the technology field.

In her spare time, she serves as a mentor and tutors high school students during the school year for the tutoring program at Alfred Street Baptist Church. Ms. Noel also has a passion for the performing arts, more specifically dance. As a trained dancer, she has continued to maintain a presence in the dance community.

She was exposed to the visual and performing arts at an early age; however, she began her technical dance training at the age of fifteen in Baton Rouge, Louisiana with the Scotlandville Magnet High School Dance Program in which she studied under and performed works by Molly Buchmann, Susan Perlis and Garland Goodwin Wilson. In 2001, she continued her dance training with the Louisiana State University Department of Theatre under Molly Buchmann. She was invited to dance with the Mid-City Dance Project in Baton Rouge under the direction of Renee Chatelain in which she performed several of her works including “The Fading Line: Commemoration of the 1953 Baton Rouge Bus Boycott”, “The Nutcracker”, and “Redemption”. She also taught ballet classes for the organization. In 2008, Ms. Noel traveled to Austria with The Bridges Project where she danced on a two-week tour across the country for thousands of people for the Young! Tanzommer Dance Festival. In the Washington DC metropolitan area, Ms. Noel has danced in local theatrical productions including “Hope Springs”, “Real Cuts”, “Promises”, and “Senior Moments” under the direction of Jason Ellis. She currently enjoys teaching private ballet lessons to aspiring young ballerinas and dancing with the Liturgical Dance Ministry at Alfred Street Baptist Church.  Ms. Noel is also an active member of the Northern Virginia Alumnae Chapter (NoVAC) of Delta Sigma Theta Sorority, Incorporated.