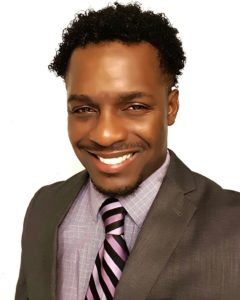 Jason A. Ellis, is the founder and current Executive Director of MC Inc., bringing together his passion for the arts and youth leadership development. In 2010 he created a leadership development program for low income youth in the city of Alexandria, called Momentum. During that time he established himself as a recognized playwright, having written, directed, choreographed, and produced several original musicals. Both served as the catalyst for the creation of MC Inc. in 2016; using the arts as a means to further youth development particularly for underserved populations.

He has worked in the public sector in various professional capacities for over 19 years and has been involved in the performing arts for twice that long. A native of Kingston, Jamaica he holds a bachelor’s degree in International Relations and Political Science from the University of the West Indies. He also has a master’s degree in Public Administration from the University of Memphis, where he graduated summa cum laude.  He is currently pursuing an Ed.S degree at George Washington University in Educational Leadership and Administration. He is a 2018 Alexandria Living Legend recipient for his work as a social-commentary playwright and an Alexandria Chamber of Commerce 40-under-40 awardee.

Most recent employments have been Head of School for YouthBuild DC Public Charter School and Director of Resident and Community Services with the Alexandria Redevelopment and Housing Authority. He has also previously served on the board with the Northern Virginia Black Chamber of Commerce. He brings to MC Inc. a wealth of experience in partnership development, team management, youth development, and a deep love for the arts as both a practitioner and instructor. He is also often seen on the stage and behind the scenes of various community theater companies in the DMV area. In 2019 He was recognized by DC Black Theater Festival for directing the best staged reading and by the Little Theater of Alexandria for best choreographer.