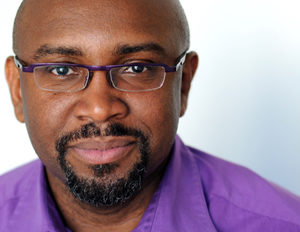 Lyndon Taylor is an account supervisor in travel/lifestyle practice at Finn Partners. A Jamaican by birth, he brings a wealth of experience to the team having worked for more than a decade within media and related industries. During that time, he has attended and provided coverage for numerous regional and international events covering a range of issues including entertainment, tourism, transportation and economic development, building a powerful network of global contacts.

Lyndon is key to the public relations efforts for the Jamaica Tourist Board and has secured placements in top consumer publications such as The New York Times and USA Today as well as leading trade publications Travel Weekly, Travel Agent and Travel Pulse. He has provided client support to Grace Foods, Golden Krust and other accounts including Air Jamaica, Hyundai Hope on Wheels, Projects Abroad, Strength of Nature, South African Airways, the Catskill Mountain Foundation, the University of Johannesburg, and VP Records.

As a publicist for Zinc Fence Band, he spearheaded the promotion of the group’s single, River, which received tremendous radio airplay in Jamaica.  With a passionate interest in volunteerism, he has served the St. Patrick’s Foundation in Kingston and acted as media center Supervisor for the IX IAAF/Coca-Cola World Junior Championships in Athletics. He also volunteers as a mentor with Catholic Big Sisters Big Brothers (CBSBB) and serves as a communications consultant with the New York based Jamaican charity Children of Jamaica Outreach (COJO).

Lyndon is a graduate of the University of Westminster, where he completed a Master of Arts in Journalism and a post-graduate diploma in Broadcast Journalism.  A former member of the International Association of Business Communications (IABC), he holds an M.B.A. in Media Management from the Metropolitan College of New York.